What Do You See? The Hidden Gems in Others 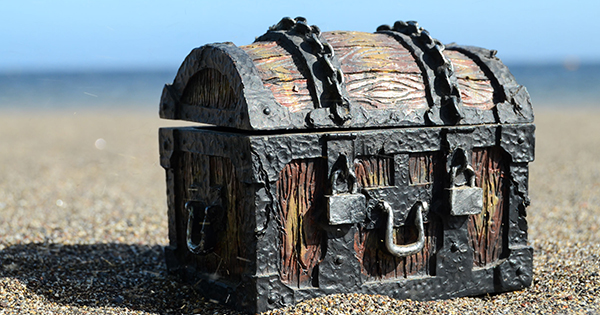 What Do You See? The Hidden Gems In Others…

The Story of Clay Balls

A man was exploring caves by the seashore. In one of the caves he found a canvas bag with a bunch of hardened clay balls. It was like someone had rolled clay balls and left them out in the sun to bake.

They didn’t look like much, but they intrigued the man, so he took the bag out of the cave with him. As he strolled along the beach, he would throw the clay balls one at a time out into the ocean as far as he could.

He thought little about it, until he dropped one of the clay balls and it cracked open on a rock. Inside was a beautiful, precious stone!

Excited, the man started breaking open the remaining clay balls. Each contained a similar treasure. He found thousands of dollars worth of jewels in the 20 or so clay balls he had left. Then it struck him.

He had been on the beach a long time. He had thrown maybe 50 or 60 of the clay balls with their hidden treasure into the ocean waves. Instead of thousands of dollars in treasure, he could have taken home tens of thousands, but he had just thrown it away!

It’s like that with people. We look at someone, maybe even ourselves, and we see the external clay vessel. It doesn’t look like much from the outside. It isn’t always beautiful or sparkling, so we discount it.

We see that person as less important than someone more beautiful or stylish or well known or wealthy. But we have not taken the time to find the treasure hidden inside that person.

There is a treasure in each and every one of us. If we take the time to get to know that person, and if we ask God to show us that person the way He sees them, then the clay begins to peel away and the brilliant gem begins to shine forth.

May we not come to the end of our lives and find out that we have thrown away a fortune in friendships because the gems were hidden in bits of clay. May we see the people in our world as God sees them.

I am so blessed by the gems of friendship I have with each of you. Thank you for looking beyond my clay vessel.

Kimberley Borgens was married at 18, a mother at 19, and divorced at 20, she has journeyed from being a single mom on welfare to recognizing her strengths, fighting for what she believes in, and successfully building 5 thriving businesses with hundreds of employees and million-dollar budgets. Kimberley is a speaker, business mentor, and coaches her clients to transform their small business into a thriving business. Kimberley is living her own legacy as she inspires and motivates women to be fearless, become more like a CEO of their business and life, and enjoy the freedom they've dreamed of. She knows what it's like to start from nothing and build a strong solid business and she can help you too.