Are You Having An Awful Time? 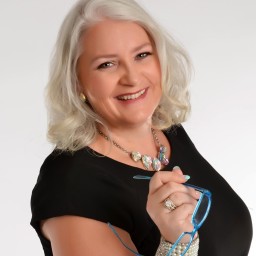 Have you ever had one of those days where so much was going wrong that everything felt awful?

Recently our family went camping.  We were spending a week in the Mojave Desert to ride dirt bikes and camp.  On this one particular day in the middle of the week we all woke up expecting the day to go well and everyone to have a fun day riding dirt bikes.

Mother nature was not as kind in our expectations of the day.  Instead on this particular day she brought about a severe wind storm.  The winds were blowing 30-50 miles an hour, this making it almost impossible to ride.  Ok no big deal most everyone loaded up into the vehicles and went into town to go to the movies to pass the time while the wind storm went through the area.

I was one of the people who stayed behind to get some creative writing done and to have a little quiet time without everyone being cramped up in the trailer.

Do you have any idea what happens to tents in 30-50 mile an hour wind?  Yep you might have guessed what happened.  Let’s just say that I am not strong enough to hold down an 8 person tent blowing like a hot air balloon.  Stake holders ripped, zippers broke and poles snapped before even having the chance to catch it!  Are you getting the idea?

When you camp in the desert there is a lot of sand.  Big sand pieces whipping through the air pelting anything and everything in its way.  With the high winds tables flipped, trash blew everywhere, trailers were rocking and everything was being hit with sand that stung as it hit your face as you try to catch all the stuff trying to get away.

This was a making for an awful day camping!

I had to surrender to the fact that I could not stop this event from happening.  Two tents were ruined, bikes got knocked over and pieces of camp were everywhere!  Everyone arrived back to camp and the winds were still blowing.   The clean up was not easy in the wind.  We broke down and emptied the tent where one son and daughter slept.  Getting everything into the trailer and gathering the pieces of the tent stuffing it in a trash bag.  That tent had been with us for about ten years, was three rooms and was perfect for our family adventures.

Once everything was put away and reorganized I noticed the attitudes were not getting better.  There were  ten people in our trailer.  A crowded trailer of people with awful attitudes and I was noticing how their energy was trying to catch me too!

I starting asking each person to tell me about how awful they felt their day had been.  One by one they each shared their awful story.  “My tent ripped and left me no place of my own to sleep!”  My tent is filled with sand and my zipper is ripped!” “The antenna on my trailer is bent.” “It was hard to clean up with the wind blowing so hard!” Bikes fell over and gas spilled!”  These were just a few of the comments that were made as they shared how awful the day had been.  You name it and it was expressed.  Many had several reasons why the day had been so awful.  I had them keep going until they were done.  Then I shifted it!  I said “tell me about something today that you enjoyed” and the answers began to flow.  They shared so many more wonderful things about the day that everyone started laughing and smiling again.  The energy shifted in the trailer.

Two of the most repeated comments from everyone was that they were glad to be around family and that everyone pitched in to help no matter whose camp needed help in all the chaos.  Each person discovered that they had so much more to be thankful for than the inconveniences of the day.

Sometimes we have to go through storms in life.  We have to share the awful stuff to be able to release it and let it go to get to the greatness.  You have to decide where you want the energy to be!

There will be days when the storms hit and you are unprepared and will have to do the clean up.

There will be storms that you are ready for and you still have to make adjustments.

How do you want to come out of the storm?

How many others can you help bring through the storm?

How can you help to shift to what is important?

I know I am in charge how I handle what is going on around me.  I also know if I want something different it is up to me to help make the shifts.  I can choose to leave or I can can choose to help others through it.  I enjoy knowing that I do have choices and I can shift an awful time to an enjoyable time if I choose to.  Another wonderful reminder on this journey to success.

Visit Be A Legacy on Face Book and Twitter.  Would love to hear about your journey to success also.

Kimberley Borgens was married at 18, a mother at 19, and divorced at 20, she has journeyed from being a single mom on welfare to recognizing her strengths, fighting for what she believes in, and successfully building 5 thriving businesses with hundreds of employees and million-dollar budgets. Kimberley is a speaker, business mentor, and coaches her clients to transform their small business into a thriving business. Kimberley is living her own legacy as she inspires and motivates women to be fearless, become more like a CEO of their business and life, and enjoy the freedom they've dreamed of. She knows what it's like to start from nothing and build a strong solid business and she can help you too.

Subscribe now and receive notifications as new articles and podcasts are posted!

Staying Calm In The Chaos: How To Take Control Of Your Emotions In Business

READ MORE
Staying Calm In The Chaos: How To Take Control Of Your Emotions In Business

How To Get More Out Of Business By Following Your Intuition